Check out this official video below from Omega then read my review of it!

2020 marks the 50th anniversary of watch brand, Omega receiving the “Silver Snoopy Award” which is one of the most prestigeous awards for Space Exploration. They were awarded this in 1970 by NASA astronauts for their contribution to space exploration, namely the Apolo 13 Mission.

To celebrate this historic milestone, Omega has released a NEW watch, the Speedmaster “Silver Snoopy Award” 50th Anniversary. Those of you who are unaware, Snoopy has acted as the “watchdog” for NASA’s safety programme. As well as representing total mission success, he can also keep things light in serious situations.

Since 1968, the Silver Snoopy Award has been presented to people or companies who have contributed significantly to “the success of human space flight missions.” This watch is 42mm is case diameter and constructed out of stainless steel, it’s fitted on a blue nylon fabric strap, which features the flight path of the Apollo 13 mission on the embossed lining. The silver dial has blue PVD angle-shaped hour markers and hands, as well as an embossed silver Snoopy medallion on the blue subdial at 9 o’clock which is exactly the same as the same image as the “Silver Snoopy Award” pin Omega received in 1970. There is also a blue ceramic bezel with a white enamel tachymeter scale and the watch is water resistant to 50 meters.

The fun part of this watch is the unique and original caseback. A vision of the far side of the moon has been decorated on the sapphire crystal caseback using micro-structured metallisation. An animated Snoopy in his Command and Service Module (CSM) is shown on a magical hand, which rotates when the chronograph function is used. Behind, an Earth disc rotates once per minute in sync with the watch’s small seconds hand.

Powering this watch is the robust and tecnical mechanical-wind Calibre Omega 3861. This is a Certified Master Chronometer, approved by METAS, resistant to magnetic fields reaching 15,000 gauss. Free-sprung balance with silicon balance spring. Rhodium-plated finish, bridges with straight Geneva waves. This watch has a 50 hour power reserve.

I really dig this piece. I think it’s a very innovative and exciting watch to have! It has all the technical & style aspects that I like combined with the case back animation detail that makes you feel like a kid again! This watch retails for $9,600 and is presented in a special box. Even though this watch isn’t numbered, it will definitely be hard to get and probably command a few thousand dollars over retail for the first 3-6 months. The official release date is the end of Oct 2020. Luckily, I work with an Omega authorized partner, so I can help you get yours at retail. Contact me HERE to help while supplies last. Listen to my podcast about the NEW Omega “Silver Snoopy Award” 50th Anniversary, HERE 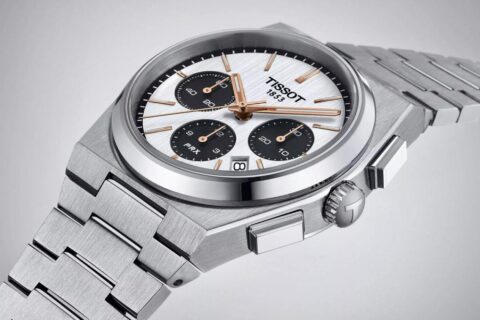 I am happy to announce that my latest article on the NEW Tissot PRX Chronograph just dropped on the Watch Time India online platform. It’s the…

Backstory
Ever since the Tudor Pelagos came out almost ten years ago, I’ve been in awe of it. It’s a tool watch, not frilly or shiny, and made out…